Holidays with a dog in the Marche 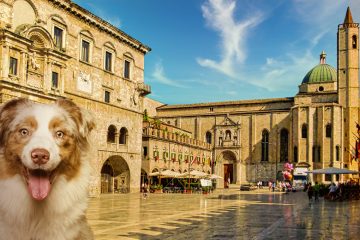 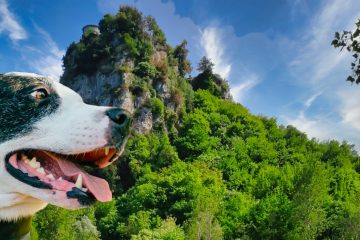 WoofTour on pack: A swim and then the story at the Castellano river

How and where to vacation with a dog in the Marche

Nature, sea, historical and artistic testimonies and genuine flavors are the dominant notes that accompany the journey of tourists to discover the Marche, even the 4-legged tourists of course. Nature and historical vestiges are intertwined in the Marche region.

Alongside the presence of important archaeological remains such as the Bridges of the Via Salaria and masterpieces by artists such as Lorenzo Lotto and Luca Signorelli, the region offers the opportunity to discover some of the most evocative landscape contexts in Italy such as the Gola del Furlo State Nature Reserve. .

Going on holidays with a dog in the Marche, a region nestled between the mountains of Pietralata and Paganuccio and shaped over the centuries by the waters of the Candigliano river, the limestone gorge houses two tunnels from the Roman era and excellent and pleasant itineraries to be discovered with your own quadruped.

Woods, prairies, a rich flora and a varied fauna offer the possibility of hiking, bird watching and dog trekking in the company of your dog. There are numerous cycling routes dedicated to the discovery of ancient villages and local flavors.

The regional cuisine, a crossroads between northern and southern gastronomy, boasts famous dishes such as Ascoli olives and offers some of the best wines in Italy including the renowned Verdicchio di Jesi and Matelica. The territory hosts numerous winter tourist centers such as the center of Piani di Ragnolo which boasts the primacy of the only cross-country track in the Umbrian-Marche Apennines.

Alongside the mountains, regional tourism also thrives on the sea. The numerous seaside resorts of the Marche offer a splendid variety of beaches for dogs ranging from the classic ones of fine sand to the more suggestive ones formed by peaks and rocky walls. For a trip in search of peace and relaxation, the region has several spas.

The regional shops preserve a rich handicraft heritage among which the production of papier-mâché for the construction of the allegorical floats of the oldest Carnival in Italy, that of Fano, where even the furry 4-legged people participate, stands out.