Holidays with a dog in Tuscany 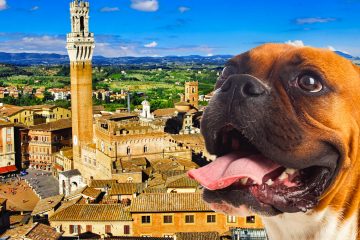 Way Via Francigena: from San Gimignano to Siena with a dog 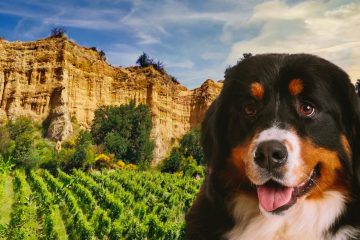 A Bau New Year away from the barrels in Tuscany, surrounded by greenery
2 Max
Very easy 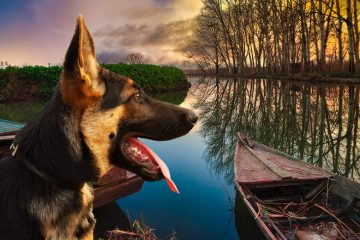 Where and how to vacation with a dog in Tuscany

Known as one of the most beautiful regions of Italy, Tuscany has always attracted travelers of all nationalities and flagship of 4-legged tourism in Italy. Its strengths are indeed many, starting, obviously, from the high density of art cities in the area. Firenze, first of all, with its architecture and its buildings that speak of the Renaissance.

And then, again, the wonderful Uffizi Gallery (not accessible to dogs) but also, more simply, the presence of many shops, lively streets, witty speeches and capable of enchanting those who listen to them. It would take too long to list all the wonders of this open-air museum and the same would take to talk about Siena, the Palio and Piazza del Campo, as well as smaller but equally fascinating villages: Pienza, Pitigliano, San Gimignano... that welcome tourists with their dog with open arms.

Even from a naturalistic point of view, Tuscany does not disappoint, both for the beauty of the landscape and for its variety. In Tuscany there is everything: gentle hillsides, mountain ranges, the splendid sea of ​​Versilia and that of the archipelago with its seven islands among which, first of all, theElba is the friendliest island there is to travel with a dog in Tuscany.

The Tuscan archipelago is one of the protected marine areas but the region offers many others that cover about 10% of the territory. A few examples? The park of the Appenino Tosco Emiliano, or that of Monte Falterona and Campiglia, ideal for itineraries and walks in the company of your dog. In a region so open to tourism, even good food could only excel and, whoever is in these parts, cannot fail to taste some typical dishes linked to the peasant tradition.

These are mainly poor but genuine foods and of great satisfaction for the palate such as ribollita, crusty bread to be seasoned as desired, wild boar meat in various processes and, among the desserts, chestnuts, puddings rice, rags or flatbread with grapes. All to be served with a red wine of Montalcino in the company of your dog who will surely ask you for a piece of Chianina ...

Tuscany can be visited in any season of the year also because its climate undergoes considerable variations according to the different geographical areas, with higher values ​​along the coast that tend to decrease going inland and ideal and favorite destination for traveling with a dog.